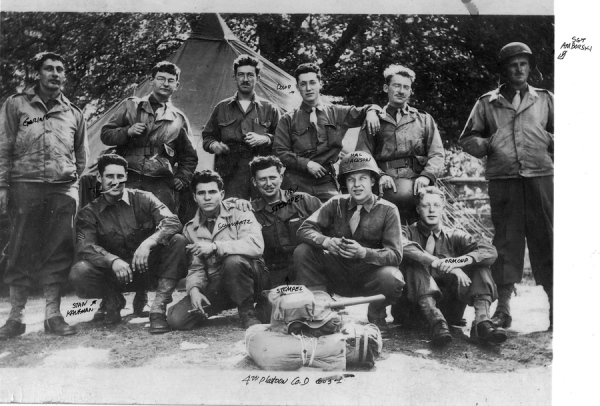 How artists in a top-secret U.S. Army unit pulled the ultimate fast ones on Hitler In 1943, the good guys in the Great War needed to start thinking outside-the-box if they were going to beat the Axis powers crawling over Europe and Asia. Thus the creation of the 23rd Headquarters Special Troops, the “Ghost Army,”... END_OF_DOCUMENT_TOKEN_TO_BE_REPLACED The performing arts and conflict resolution If the folks at (TITLE) for Dummies® or the Idiot’s Guide™ to (THIS THING) ever wrote a how-to guide on building a better world, certainly there’d be a chapter or two on the performing arts. Much has been said on the value of elevating culture and artistic achievement as... END_OF_DOCUMENT_TOKEN_TO_BE_REPLACED

The fascinating story of Clark Transfer In 1948, Henry Fonda gave up a Hollywood contract to star in a Broadway play about sailors in the South Pacific. That play, Mister Rogers, won the Tony® for best play that year. One year later, it garnered another place in theater history: it was the very first Broadway... END_OF_DOCUMENT_TOKEN_TO_BE_REPLACED