In a recent post we discussed recording artists, such as Bruce Springsteen and David Byrne, making their mark on Broadway, but many more have weaved musical magic from behind the scenes. And a few have even popped in to play roles or have brief cameos in shows they’ve composed.

Whether it is Sting, Cyndi Lauper or Elton John creating new music or “jukebox” musicals showcasing the greatest songs of hitmakers Carole King, Frankie Valli and the Four Seasons or Queen, pop stars and their productions have been credited for helping put more people – notably young people – in theater seats. Of course, Hamilton has contributed considerably to that phenomena as well. 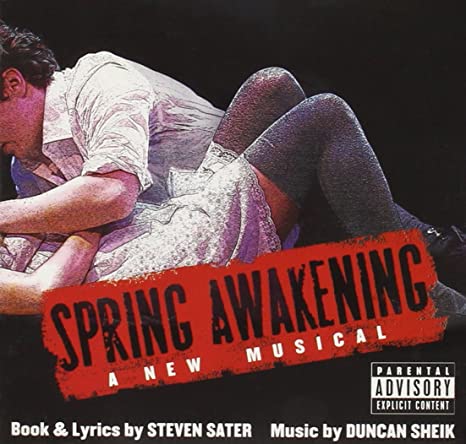 Duncan Sheik, who won Tony® awards for original score and best orchestrations for Spring Awakening told NPR a few years ago that “it just broadens the audience hugely and it brings younger people into the theater, which is vitally important. It’s how the medium will stay alive.”

Grammy® nominee Sara Bareilles, most known for her 2007 chart topper “Love Song,” wrote music and lyrics for Waitress, based on a movie about a baker/server in an abusive relationship who enters a pie contest in hopes of winning the prize and her chance of escaping her troubles. Bareilles said writing for Broadway was a longtime dream.

“So many people that I know in my industry are people who grew up loving musical theater. … My career happened to go down another road,” Bareilles says.  “And now that this opportunity …  it’s like, oh my gosh — I’m so excited to be back in the theater.”

She also did two six-to-eight week turns in the lead role on Broadway which she also found exhilarating.

“That [was] really satisfying for me, to get feedback online or through my fan community, of people who have never been to the theater before,” she told NPR.

Sheik and Bareilles are just two of an ever-growing community of recording artists who have taken their talents to Broadway. It is impossible to list them all, so we are showcasing a handful or so:

Pete Townshend: The Who’s Tommy (1993-95) – The British band’s rock opera of the “deaf, dumb and blind” boy whose disabilities fade in the wake of his exceptional pinball-playing skills was written by the Who lead guitarist and played Broadway for three years in the ‘90s. Also a popular movie starring Who front man Roger Daltrey, it was announced in October that it would return to Broadway in 2021 as a “reinvention aimed directly at today” and helmed by Tony-winner Des McAnuff, who directed the ’90s version as well.  No word on how the COVID-19 outbreak has affected the production’s timeline.

Elton John: The Lion King (1997-ongoing; lyricist Tim Rice), Aida (2000-04; lyricist Tim Rice), Lestat (2006; lyricist Bernie Taupin), Billy Elliot: The Musical (debuted 2008-12; lyricist Lee Hall) – Sir Elton John is the top cat, having a hand in four musicals to hit Broadway. John and Rice won the Tony for their work on The Lion King which has grossed more than $1.5 billion in all its running productions. The Broadway show’s continuing popularity, plus hit animated movie spawned a “live action” remake last year that wasn’t nearly as successful. John and Rice contributed a song to the end credits but John called the film a “disappointment.” “I’m so happy that the right spirit for the music lives on with The Lion King stage musical,” he told GQ magazine. In January, it was announced there will be a revival of Aida in 2021, directed by former cast member Schele Williams. It was scheduled to open in New Jersey in February 2021 and tour to Charlotte, Chicago, Fort Worth and beyond. No word on how the pandemic will affect those plans.

Cyndi Lauper: Kinky Boots (2013-19) – The “Time After Time” singer proves she is timeless becoming the first woman to win the Best Score Tony Award solo for the show about a factory under duress that finds new life making boots for drag queens. Lauper touts the show as having a “huge heart.” “It’s a story about love and acceptance and friendship and overcoming obstacles, and everyone can relate to that.”

U2’s Bono and The Edge: Spider-Man Turn Off the Dark (2010-14) – This production seemingly had everything going for it: director Julie Taymor (The Lion King), a popular Marvel superhero and songs written by the Irish superstars. Unfortunately, it was plagued by cost overruns ($65 million), cast injuries prompted by high-flying stunts and a rash of bad press. Taymor was replaced, the story revamped, the production scaled down. U2’s music drew the least amount of fire but was still criticized by Billboard for not “building an arc” or having anything the audience would “hum” as they left the theater.

Sting: The Last Ship (2014-15) – The former The Police front man was performing in a retooled North American tour of the show he wrote before the COVID crisis hit. Inspired by the songwriter’s childhood in an English seaside town whose fortunes rise and fall on the success of a local shipyard, the show opened to mixed reviews on Broadway and only ran three months before finding new life on the road.

Dolly Parton: 9 to 5 (2009) – The Smoky Mountain Nightingale was nominated for a Tony but lost for her score of the Broadway adaptation of the successful 1980 film about feminist workplace revenge. The show, starring Allison Janey, Stephanie J. Block and Megan Hilty fell flat and punched out after 148 performances. After the closing was announced, the always-positive Parton told Playbill, “I couldn’t have asked for a better experience on my first Broadway show.”