Steve Martin may have made his way to the spotlight as a star on Saturday Night Live and in films like The Jerk and Planes, Trains, and Automobiles. But there’s a lot more to this wild and crazy guy than a genius knack for comedy. 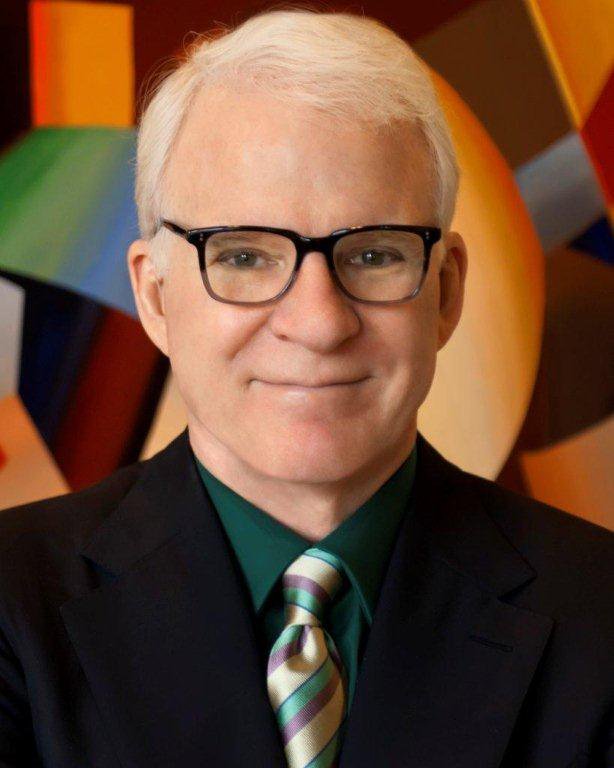 This month, Jobsite Theater launched its new play season with Steve Martin’s give-you-a-stitch-in-the-side funny Meteor Shower. The troupe saw a raucous success staging Martin’s The Underpants a few seasons ago and Picasso at the Agile Lapin a few seasons before that, so they’re bringing in his most recent play to treat audiences to Martin’s signature mix of intelligence and hilarity.

A frequent contributor to The New Yorker – the paragon of excellent writing – Martin eclipsed his own celebrity as a comic actor when the arts establishment noticed he was a sublimely talented writer.

A triple threat, Martin pens plays, essays and novels, each of which requires a different skill set from the writer’s craft. Well, make that a quint-threat: he also writes songs and poems. His long-nosed character C.D. Bales famously states in Roxanne, Martin’s film adaptation of Cyrano de Bergerac, “tell her you’re afraid of words!” Regarding Martin himself, this line seems deeply ironic since he deep-dives into them all, no matter the shape, size, form or fashion.

His writing chops developed on The Smothers Brothers Comedy Hour in the 1960s, where he netted his first Emmy Award® for outstanding writing achievement. His first short film, The Absent Minded Waiter (1977) was nominated for an Academy Award®. For those of us in live theater, we were thrilled when his play Picasso at the Lapin Agile opened Off-Broadway in 1996 (of course winning the Outer Critics Circle Award for Best Off-Broadway Play that year).

We were even more giddy when we found out, in 2014, that Martin and alt-pop-folk 90s wunderkind Edie Brickell were collaborating on a bluegrass musical. That show, Bright Star, opened on Broadway in 2016 and earned a subsequent Tony® nod for Best Musical in 2017.

Martin, who had implemented his impressive banjo skills as a gimmick in his stand-up, eventually quit playing around and came out as a serious student of bluegrass and a masterful banjo player in league with  the greats of the bluegrass tradition.

Prior to making Bright Star with Brickell, Martin released two acclaimed bluegrass albums of original songs, collaborated with stars The Steep Canyon Rangers and won the 2011 International Bluegrass Music Association’s Entertainer of the Year Award. An ardent devotee of banjo history, stylings and experimentation, Martin created the Steve Martin Prize for Excellence in Banjo and Bluegrass which comes with an unrestricted cash prize of $50,000 through the Steve Martin Charitable Fund.

On Sep. 19 in NYC’s Town Hall Theater, Martin hosts a live concert of bluegrass all-stars which culminates in the unveiling of the 2019 Steve Martin Prize recipient.

To get your seat for Jobsite Theater’s production of Meteor Shower, playing in the Shimberg Playhouse Sept. 4 – Oct. 6, visit strazcenter.org.